Our initial prototype is shown below in Figure 1. 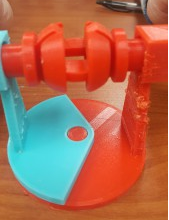 The joint works well to demonstrate the function of a typical Constant Velocity Joint. We would like to highlight that we appreciate several aspects related to the prototype. It works well and the final product meets its specification.  We made several changes throughout the prototype design progression. Each of these changes contributed to the improvement of the model’s design as well as the enhancement of both the performance and appearance of the CCV joint.

Figure 2 shows the assembly of the joint mechanism. This assembly ensures the following assertions:

Therefore, we confirm that the joint mechanism meets the project purpose and goals.

Concerning the CCV joint Housing shown in Figure 3, we realized that: 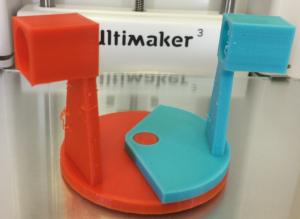 After implementing the changes, the prototype showed great improvements as depicted in Figure 4. 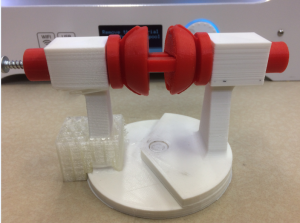 The CCV joint support pieces were printed as shown in Figure 5 for several reasons: 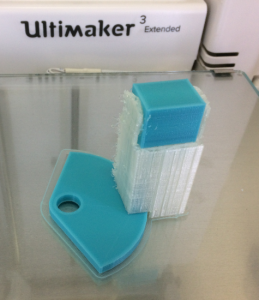 The CCV assembly of joint mechanism is printed as shown in Figure 6 for several reasons: 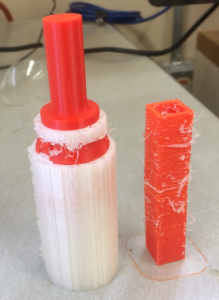 The print Parameters of the CCV joint support (2 Pieces) are listed in Table 1.

What a great deal, indeed!

With FDM technology, we can produce multi part functional assemblies with just one print.

Thank you for reading!