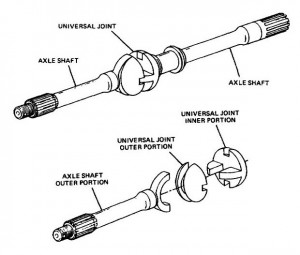 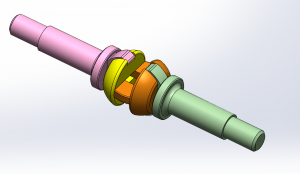 The two most critical parts are the orange and yellow parts seen in the assembly. Those two parts need to fit together with relatively low clearance, while still sliding nicely across one another. 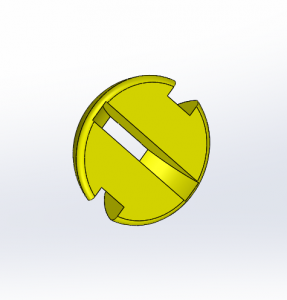 Those parts also have to fit together with the outer part of the joint mechanism, while also allowing a smooth sliding action. 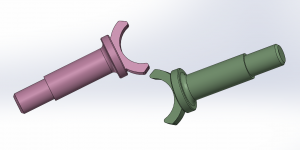 To test the actual performance of the complete joint assembly, a housing unit will also be printed. This housing will allow a range of angles to be tested and provide a unit to demonstrate the mechanism by with the joint works. 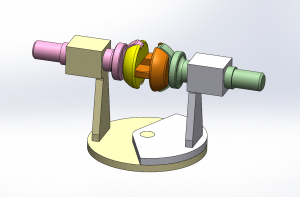 We produced the parts using an Ultimaker 3 printer, and generated the code for the printer with Ultimaker’s Cura software. The parts were made out of PLA plastic (gray color for the first part and black for the last three parts) and no support material was used  (since the angle of the sides weren’t too steep). The parts were printed with a layer height of 0.1 mm, a wall thickness of 1 mm, an infill density of 40%, and a print speed of 70 mm/s. The material was printed at a temperature of 200 °C, and the build plate temperature was 60 °C. In our first time printing the parts, we found that there was an interference fit between some of the critical dimensions, preventing the part from assembling together and sliding. A file was used to grind off some material from certain sides, after which the parts fit well together. However, the sliding action was still difficult, due to the roughness of the printed layers. 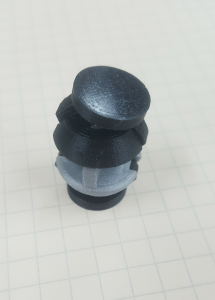 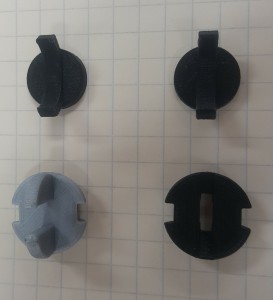 Our next build will increase the clearance between critical dimensions, make the parts larger than the first build, and test different build orientations. Stay tuned until next time to see how the changes affect the performance of this constant velocity joint!

Thanks and keep an eye out for our next post!