Some of the iterations of our prototype builds can be seen below. 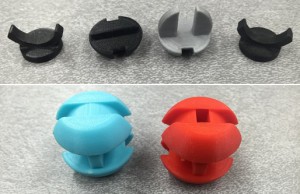 In our currently running print, the clearances between the parts were reduced to 0.4 mm, and the two shafts used to operate the mechanism are also being printed in the assembly. The parts are being printed vertically to utilize the least support material and to ensure optimal build directions for the components. The stand that will hold the continuous velocity joint was printed on a small scale to test support material usage and build parameters, but the dimensions were not given clearances. This resulted in the mismatched hole and pin sizes seen below. 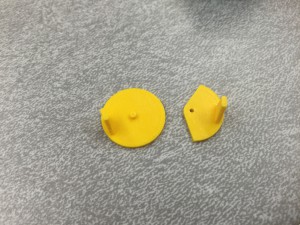 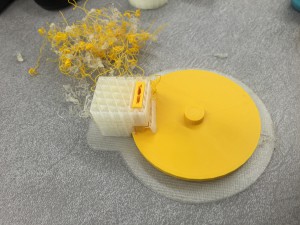